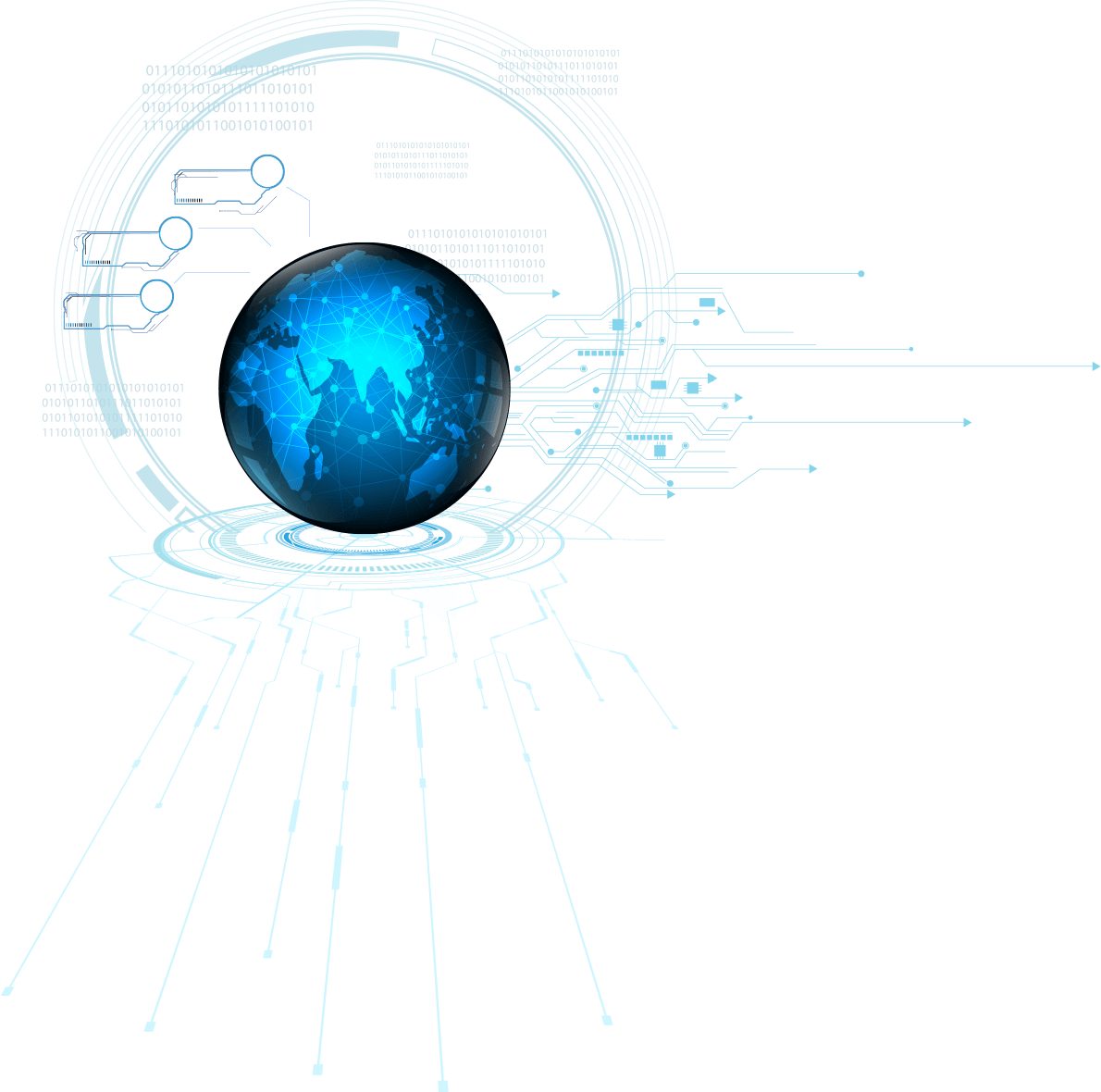 Allot is a leading provider of innovative network intelligence and security solutions that empower communications service providers (CSPs) and enterprises worldwide to enhance the value they bring to their customers. With over 20 years of proven success, our solutions turn network, application, usage and security data into actionable intelligence that make our customers’ networks smarter and their users more secure.
Allot Secure, our network-based security platform, disrupts the security industry by positioning CSPs as leading Security-as-a-Service providers, protecting over 20 million subscribers worldwide. Built for the mass consumer and SMB markets, the solution provides 360-degree security for subscribers, enabled by a zero-touch, network-native approach. Allot Secure supports mobile, fixed and converged networks to deliver anywhere, any device, any threat protection and generates additional revenue of 10-15% on top of pure connectivity.

Our Allot Smart solution suite, powered by inline DPI technology, generates insightful intelligence that empowers our customers to optimize, innovate, and capitalize on every service opportunity. By analyzing every packet of network, user, application and security data, Allot Smart cost-effectively enables the highest Quality of Experience (QoE) for our customers’ end-users. Using Allot Smart, our customers have lowered access bandwidth costs by 10%, deferred capacity expansions by 1-2 years and reduced revenue leakage by 15%.
Allot’s multi-service platforms are deployed globally, in the most demanding environments, by over 500 mobile, fixed and converged service providers and over a thousand enterprises. We support evolving network architectures by offering the most flexible platforms in the market, including COTS hardware, software only and field-proven, fully NFV compliant solutions.

Allot has been publicly traded on the NASDAQ and Tel Aviv Stock Exchange since 2006 under the ticker symbol ALLT.
Allot. See. Control. Secure. 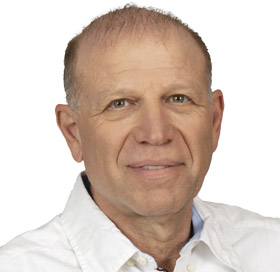 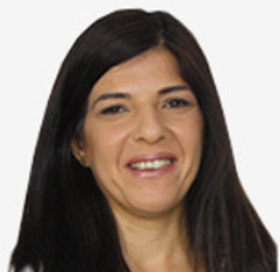 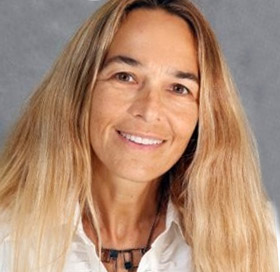 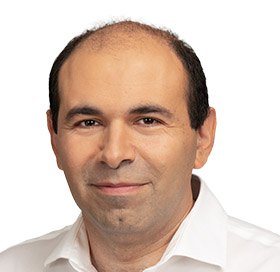 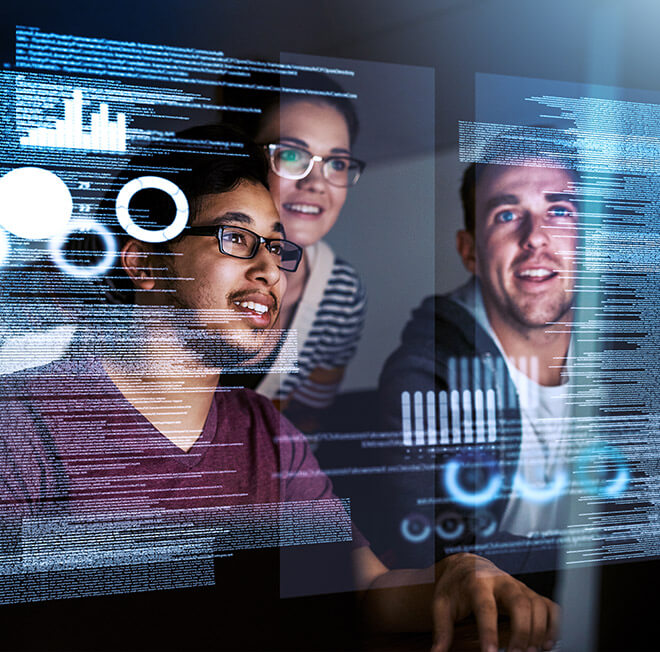 Yigal Jacoby co-founded Allot in 1996 and served as CEO until 2006 and Chairman of the Board of Directors until 2008. In 1992, he founded Armon Networking, a manufacturer of RMON-based network management solutions, which was sold to Bay Networks in 1996. Following this acquisition, Yigal continued on as General Manager of Bay Network’s Network Management Division from 1996-1997. Prior to this, he held a variety of engineering and marketing management positions at Tekelec, a manufacturer of telecommunications monitoring and diagnostic equipment. Throughout his career, Yigal has founded several start-ups in the communications field, served on their boards of directors and taken an active role in guiding the companies. He has a BA cum laude in Computer Science from the Technion – Israel Institute of Technology, and an MSc in Computer Science from University of Southern California.

Efrat Makov serves as the lead independent director on our board. She has served as a director of iSPAC 1 Ltd. (TASE: ISPC) since July 2021 and B Communications Ltd. (TASE: BCOM) since November 2019. Ms. Makov previously served as a director of BioLight Life Sciences Ltd. (TASE: BOLT), an emerging global ophthalmic company, from April 2011 to July 2020. Ms. Makov served as a director of Kamada Ltd. (NASDAQ: KMDA), a plasma-derived biopharmaceutical company, from December 2018 to December 2019 and of Anchiano Therapeutics Ltd. (NASDAQ: ANCN) (now known as Chemomab Therapeutics Ltd. (NASDAQ: CMMB)), a clinical-stage biopharmaceutical company, from September 2018 to February 2020. Ms. Makov served as the Chief Financial Officer of Alvarion Ltd. (formerly NASDAQ; TASE: ALVR), a global provider of autonomous Wi-Fi networks, from April 2007 to December 2010. Ms. Makov served as the Chief Financial Officer of Aladdin Knowledge Systems Ltd. (formerly NASDAQ; TASE: ALDN), an information security leader specializing in authentication, software DRM and content security, from September 2005 to January 2007, where she was responsible for the finance, operations, information systems and human resources functions. Prior to that, Ms. Makov served in management positions at two Israeli-based public companies, including as Vice President of Finance at Check Point Software Technologies Ltd. (NASDAQ: CHKP), a worldwide leader in IT security, from September 2002 to August 2005. Ms. Makov served as Director of Finance for NUR Macroprinters Ltd. (formerly NASDAQ: NURM) (now known as Ellomay Capital Ltd. (NYSE; TASE: ELLO)), from August 2000 to August 2002. Prior to that, Ms. Makov spent seven years in public accounting with Arthur Andersen LLP in its New York, London and Tel Aviv offices. Ms. Makov holds a B.A. degree in Accounting and Economics from Tel Aviv University and is a certified public accountant in Israel and the United States.

Raffi Kesten brings to Allot over 30 years of senior executive business and management experience in the high-tech and cybersecurity industry. Raffi served as the General Manager and COO of NDS, a pay TV media and security company. Following the acquisition of NDS by Cisco, Raffi served as VP of the Service Provider Security and Video Division of Cisco. He later joined JVP, one of Israel’s leading venture capital firms, where he led JVP’s investments in technology startups and served on several Boards, including CyberArk (CYBR). Most recently, Raffi served as Chief Revenue Officer of RadWare (RDWR), a leading provider of cybersecurity and application delivery solutions.

Nadav Zohar has extensive business, banking and investment experience with a focus on technology and financial services. He currently serves as Head of Business Development at Gett Inc. (previously GetTaxi) and as an Independent Non Executive member on the Board of Directors of the international digital marketing company, Matomy Media Group Ltd. Prior to this, Nadav served as the Chairman of the Board of Directors of Soluto between 2008 and 2013 and Chief Operating Officer at Delek Global Real Estate PLC between 2006 and 2009. Between 2001 and 2006, he held a number of senior management positions within Morgan Stanley’s financial and banking departments and between 1997 and 2001 he served as a Vice President, Mergers and Acquisitions in Lehman Brothers’ London office. In these roles he advised leading European industrial, technology and pharmaceutical companies on raising capital and M&A. He began his career as a lawyer in the corporate team at Gouldens (now Jones Day) in the City of London. He has an LLB degree in Law from the University of Reading (UK) and an MSc degree in Finance from the London Business School.

Itzhak Danziger has served as a director since 2011. Prior to his appointment as a director, Mr. Danziger served as an observer to our Board since 2010. Itzhak Danziger serves as a member of the board of Galil Software, an Israeli software services company, and as a director of Jinni Media, a privately held technology company. From 1985 to 2007, Mr. Danziger held various executive positions at Comverse, a technology companies group that develops and markets telecommunications systems, including as president of Comverse Technology Group, as president of Comverse Network Systems and as chairman of Comverse subsidiary – Starhome. Prior to joining Comverse, Mr. Danziger held various R&D and management positions in Tadiran Telecom Division. In the non-profit sector, Mr. Danziger serves as the chairman of the Center for Educational Technology (CET), as Vice President and board member of the New Israel Fund (NIF), the chairman of Israel Venture Network (IVN)- Yozma fund for investments in social businesses and a director in Israel Venture Network (IVN), a venture philanthropy NGO. Mr. Danziger was also a member of the National Task Force for the Advancement of Education in Israel (Dovrat Committee). Mr. Danziger holds a B.Sc. cum laude and an M.Sc. in electrical engineering from the Technion – Israel Institute of Technology and an M.A. cum laude in philosophy and digital culture from Tel Aviv University.

Ms. Paul brings to Allot over 25 years of senior business and management experience and currently serves as Chief Investment Officer and Chief Executive Officer of Lynrock Lake LP. Ms. Paul invests across the full capital structure of public and private companies, employing a long-term, fundamentally-driven, value-oriented investment strategy, with a focus on the technology industry. From 2018 until 2021, Ms. Paul served as a board member, chairperson of the Nomination and Corporate Governance Committee, a member of the Audit Committee, and a member of the Compensation Committee of DSP Group, Inc., a NASDAQ-listed semiconductor company. From 2002 to 2017, Ms. Paul was a portfolio manager at Soros Fund Management LLC (“SFM”), where she managed a portfolio across corporate credit, convertible and equity securities. Ms. Paul served as Chairperson of the Board of Directors of Conexant Systems, LLC, a semiconductor company, from 2013 until 2017. Ms. Paul joined SFM in 2000 and served as a SFM representative for the Council on Foreign Relations and on SFM’s Investment Committee. Prior to joining SFM, she worked at The Palladin Group in 1999 and at JP Morgan from 1994 to 1999, most recently as Head of Convertible Research. Ms. Paul graduated from Princeton University in 1994 with an Independent Major in Statistics and Operations Research, a Certificate from the Princeton School of Public and International Affairs, and a Certificate in Engineering Management Systems. Ms. Paul is an advisory board member and former board member of AlphaSense Inc., a SaaS company providing intelligent search to enterprise customers.